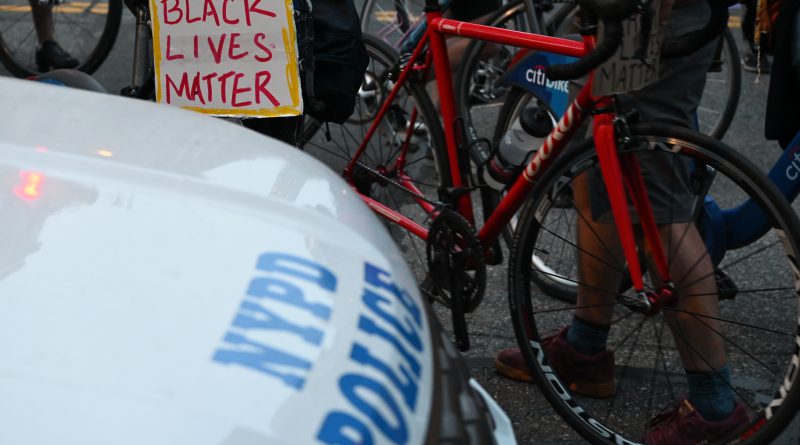 There is a systemic problem in policing in America. In 2021, The Washington Post reported 860 “people have been shot and killed by police in the past year.” The report also found that African Americans are killed by police at a rate twice as high as their white counterparts. This rate has remained consistent since organizations began tracking the data. Similar reports have also consistently found a lack of accountability for officers who shoot and kill citizens. Mapping Police Violence, an organization dedicated to studying and analyzing this data, found that 98.3 percent of police killings “have not resulted in officers being charged with a crime.” Moreover, NPR found that many of the officers (white) were rookie officers with less than one year of experience, have a long record of complaints, disciplinary action, legal issues before being hired as officers, and have been convicted of violent crimes while in the police force. Police violence, lack of accountability, and the disproportionate effect on people of color connect to the legacy of slavery, black codes, and inequality in America.

Fixing this problem is extraordinarily complex. According to Discovering Policing, there are more than 17,000 law enforcement agencies in America including state, highway, local police, special jurisdictions (transit authorities and municipalities), sheriffs, and many other federal law enforcement agencies. Each agency has its own set of laws and authorities inside their respective jurisdictions. Advocates for reform face the conundrum of working to reform individual jurisdictions or working at a more limited but nationwide level.

Harvard Kennedy School recently launched an effort to examine and offer solutions to problems in American policing by making internal changes to the system. The first step of this program, launched by Kennedy School Professor Sandra Susan Smith, is to talk about policing as community safety and reimagine how we work within the system to change how policing is conducted in America. This timely discussion led to the following suggestions:

Crisis Assistance Helping Out On The Streets (CAHOOTS) commonly known as CAHOOTS, is a program revolutionizing community safety and emergency response. The organization is a “mobile crisis-intervention program” created in collaboration with a psychiatric clinic in Eugene, Oregon to take calls directly from the city’s 911 dispatch operators to send trained crisis responders to call instead of police officers. The responders from the program are trained to respond to domestic disputes, mental illness, substance abuse, and issues with the unhoused. CAHOOTS now handles non-criminal and non-medical/fire emergencies in two cities (Eugene and Springfield, Oregon). The program has worked so well that it has been absorbed by the police department as a part of their annual budget yet still saves the police department money by allowing officers to handle only serious exigencies instead of routine interventions. This reimagining of public safety saves lives. Instead of sending an armed police officer to a domestic argument or mental health crisis, trained mental health professionals handle the call. This approach reduces the tension between the uniformed personnel and armed individual while also limiting interactions potentially resulting in police shootings. Allowing a new type of public safety emergency response means these departments will save money and reduce the need to hire more officers.

End Police Traffic Stops for Minor Offenses: Other proposals cite the need to end legal discretion for police officers by limiting their interactions in traffic stops. This idea, promoted by Columbia University Professor Sarah Seo, has been adopted in major cities across the US including Philadelphia, Pennsylvania and Berkley, California along with proposed legislation in several other cities. The premise behind this proposal is that traffic stops are the most common point of interaction between civilians and police officers — and a disproportionate number of those stops are of African Americans, hence, putting them at greater risk of violent interactions with officers. Seo adds “police stops are dangerous because officers use discretion when they pull a person over (nearly everyone breaks a traffic law in some way or another while driving), those interactions allow police further discretion to move from policing to investigating other crimes, to the discretion on when they use armed and physical response.” Thus, moving from human police enforcement to automated enforcement by using traffic cameras, speed radar, and other mechanism reduce police interactions with citizens and allow police to focus resources on community safety/violent crime. Cities like Philadelphia are ordering their officers to no longer make such stops, instead, allowing city red-light cameras, air/ground speed radar, and parking enforcement officers to enforce and issue citations for traffic infractions. Reimagining public safety means that instead of defunding or reducing officers, we use officers in a different manner limiting their discretion and possibilities for violent interaction with civilians.

Mandate Professional Liability Insurance: Deborah Ramirez, Professor of Law at Northeastern University Law School, proposes a mechanism for police accountability to reform police departments. She explains police officers are usually one of the first and most visible representations of the local government to communities and there “we need a mechanism to weed out the bad police so that good police can thrive.” To do this Ramirez offers a four-pronged plan in a report called “Policing the Police: A Roadmap to Police Accountability Using Professional Liability Insurance.” First, she argues collective bargaining agreements for police officers should be restricted in a way that bad officers aren’t protected from discipline, prosecution, and sealed disciplinary records. Police unions make it nearly impossible for reform-minded police chiefs to make changes to the system because “bad officers” remain with seniority despite records of misconduct. Next, Ramirez proposes that disciplinary records of officers be transparent and maintained so that the public and other police jurisdictions have clear records of misconduct for bad officers. Many times, when the system does work, bad officers are fired, but immediately rehired by other police forces due to the records being sealed or not maintained. Thirdly, she argues that municipalities must prevent officers from being indemnified and protected from prosecution for misconduct. Finally, she proposes officers and/or police departments be mandated to purchase Professional Liability Insurance. This insurance would hold departments liable instead of city and state governments for misconduct by officers. They have paid hundreds of millions in settlements for wrongful death suits because of police shootings. These payouts by local governments make taxpayers responsible for the misconduct, and consequently, hurt the city and state services instead of the police departments responsible for this issue.

Reforming policing in America is complex. This essay is a summary of the dialogue taking place in academia with police chiefs, politicians, activists, and organizations searching to find ways to reimagine the way American law enforcement conducts public safety. These proposals to reform policing argue for unarmed mental health/crisis responders, elimination of police stops for minor traffic infractions, and personal police legal and financial liability for the murders and civil rights violations of victims of police violence. It is not lost on people of color that most police officers just want to do their jobs and go home safe every night. So do we.