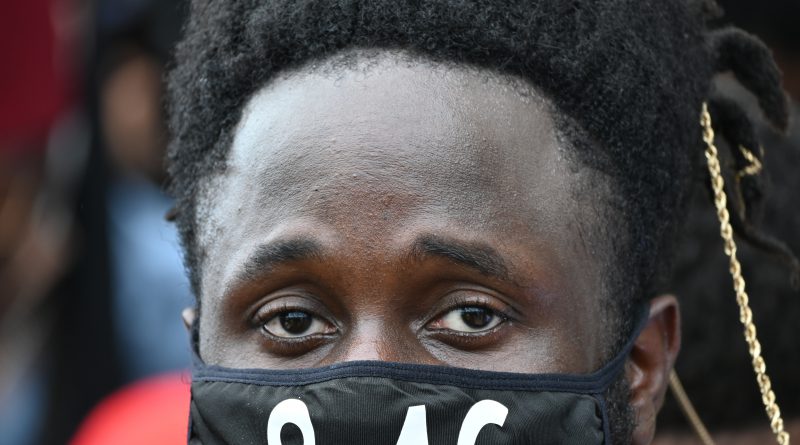 African history did not begin and end with the Transatlantic Slave Trade. It began with the birth and advancement of human civilization. Ancient Africans weren’t barbaric and uncultured, but the progenitors of modern humanity. From the world’s oldest universities and empires to the shapers of society, Africa was the foundation of humanity. Across the world, there was no such thing as race.

It wasn’t until the Transatlantic Slave Trade and the Scramble for Africa, that the construct known as Race began and started to incur power, reverence, and often time, malice. The evolution of this racial construct saw a change in human nature. To put it in sociological terms, the world became “We Vs. They” with the “We,” or the in-group, representing whiteness, and “They” representing Blackness or being nonwhite.

In large part, race was used as a justification to enslave and subjugate non-white populations. Historically, this mentality of manifest destiny has served as the moral mandate from God for the colonization of non-white populations. Regardless of the atrocities committed, the mentality held that this racial caste system likened Blacks, Native Americans, Asians, and others to be lower forms of humans. These ideologies pervaded some of history’s greatest thinkers, serving as a reinforcer to the horrors that were being committed. With this racial caste system being systemically ingrained in every aspect of the human fabric, race became a power maker for how one could or couldn’t navigate society.

Many challenged the veracity of this white supremacy and manifest destiny mentality that served as the basis for these moral misdeeds. Intellectuals and abolitionists of all races have stood up to this notion of white superiority. They used their understanding of history to call out the inequities that persisted in their modern context. With every generation of abolitionists, intellectuals, activists, and organizers, the Diaspora, or the composite of Blackness, has moved humanity closer to abolishing the ideology of White Supremacy.

Now, we find ourselves in the modern iteration of this struggle for universal equity amongst humans. African Diasporans face unique, yet similar, issues across the world. Black Americans suffer from a state of police brutality similar to Black Brazilians. Black Caribbeans face impending danger from climate change similar to Black Africans. Over-policing, lower socio-economic statuses, colorism, violence, marginalization – this happens across the world to Black communities. There is an aversion to Blackness across the world.

However, this time has seen the rise of anti-racism, which has served as a lightning rod for the Diaspora to address these instances where racism and bias have created such inequitable realities. Becoming highly popularized by Ibram X. Kendi, the idea of Anti-Racism is built upon the intellectuals of the past to create a definition that applies to our modern human context. As he defines it:

Kendi frames Anti-Racism in both personal and systemic ways, connecting racist systems to impacting personal perspectives. These policies are borne out of self-interest, which exacerbates racial inequities. These inequities then serve as a justification for the racial ideas, as the realities serve to reaffirm racialized thoughts from the white gaze. This serves as a self-perpetuating cycle of racism that serves to preserve and reinforce racialized ideas and policies.

Kendi’s work has opened up conversations in the United States and across the world about his notion of Anti-Racism. It has sparked conversations among white and Black people about how it could be applied to address society’s structural racism. Kendi stands in a unique space in society, capturing the world’s attention and carrying on the tradition of Black intellectuals who’ve come before. But the question moving forward, what is the next step in this advancement of Black intellectual thought and this overall advancement towards true equity for Black folk?  What does it mean to be Black in a world that is anti-Black?

This question has served as the existential backdrop of my entire life. My identity – a combination of African, Caribbean, Latinx, and American heritage – highlights many pivotal complexities of the African Diaspora. It has been difficult reconciling my racial identity with the history of my ethnic identity.

Even at a young age, I could feel an inferiority complex being imposed on me – my skin, my hair, my ancestry. Going to a predominately white school, the history of my ancestry began with American Slavery. When I was in middle school, I was shown the film, “Roots” with my white classmates, feeling immense indignation without any context. I would be bussed out 45 minutes every day to see the affluence afforded to my white classmates juxtaposed with the lack of when I would return to Boston.

I had insecurities about the nappiness of my hair, the darkness of my skin, or the strength of my African features. I felt the subliminal of the white gaze telling me that it was better to be more like Europeans, causing a denigration of my African ancestry. In those moments, I understood what were my prospects as a Black person in America.  My journey to self-love and love of the Diaspora was mired with bumps and dangers that could have easily left me disenfranchised and downtrodden.

Thank God I found my way.

As I have grown, I have dedicated my life to uplifting my community – the Black community. Working as an organizer and activist, I have spent my adult life working to change the systemic paradigms that mandate these structural inequities. I have studied Sociology, History, and Psychology, which have provided me the framework by which to understand racism – peering into the mind of white supremacy to understand the nature of racism.

It felt like something was missing, at least from my framework. I had a deep understanding of racism from an American context. However, I knew that racism was a global issue. That every country has its unique variations of systemic racism that impacted those that were treated as lesser than others. Derived from history, instances of exploitation, and the psychology of bias of those that socialized the citizens, every country had its form of oppression. In my mind, even if one country addressed its issues of systemic racism, there would be other countries that could compromise this progress (Injustice anywhere is a threat to Justice Everywhere – Dr. Martin Luther King Jr.). In this way, I felt that the campaign to eradicate systemic racism must be a global effort. The only question I had was what approach would I pursue?

To define Diasporic Anti-Racism, we must start with three questions: 1.) What is the history? 2.) How has it created its current incarnation? 3.) How is it impacting the African Diaspora?

It is pivotal to understand the history that has birthed the current iterations of structural racism. This knowledge will illuminate and connect the mechanisms that have created the inequities. If you don’t understand history, then it will certainly repeat because it can be used against you.

Historically, a major argument in support of anti-Blackness/racial subjugation has been the innate inferiority of Africans. This belief has manifested into a mentality of our educational systems, which has imparted this anti-Black mentality in all, even Black people. These racialized beliefs have influenced public discourse and societal structures alike, which have manifested in historical acts of racism.

To understand the source of these acts and mentalities is to create actions that serve as the antithesis to their modern manifestations (I.e. discrimination, housing, education). Understanding these modern manifestations in their complexities requires an interdisciplinary understanding of society. This requires a deep examination of the society that one is examining and engaging with. Frameworks to address issues of systemic racism must look broadly to see not only the roots of the tree but each leaf. This will allow for greater collaboration and solutions that will address multi-pronged issues concurrently.

Diasporic Anti-Racism is about connecting the plight of Black people together. It is about uplifting the experience of the African Diaspora to instill a sense of commonality of experience and beauty. It transcends culture, ethnicity, country, and identity because it is inclusive of the net experience of Black people throughout history. Whatever you bring and whoever you are is welcome in the Diaspora because it is the composite of everything. Understanding and connecting these disparate experiences can support efforts to address global racism.

This framework works to center on the ubiquitous and inclusive nature of the African Diaspora and applies a strategic framework to addressing global anti-Black racism and the intersecting existential crises borne from it. Diasporic Anti-Racism takes the approach of contextualizing all forms of racism into a global perspective, connecting the forms of inequity as a precursor to dismantling. It’s a macro approach to addressing an issue that spans history and societies. It combines the understanding of history with the sociology of race to create a framework that seeks to undermine the systems of oppression imposed on Black people.

Diasporic Anti-Racism is intersectional, as the degrees of oppression amongst and within the plurality of identities are not the same. The reality of Black women and men are not the same, despite being of the same race. This is due to the systemic sexism inherent in society that mandates differing realities based on one’s gender. When you factor in gender, ability, sex, ethnicity, and other factors, this impacts the context within which one will be able to navigate their respective society. Diasporic Anti-Racism seeks to solve all issues plaguing Black people of any identity. Not every society is the same because modern society is an amalgamation of the forces of history, sociology, psychology, and politics.

I posit that Diasporic Anti-Racism will serve as a complement to the Anti-Racism we are familiar with today, calling for an expansion of perspective, approach, and vision. Inspired by Pan-Africanists such as Marcus Garvey, it believes that the greatest combatant of global Anti-Blackness is African Diasporic unity. It is about overcoming the various matters separating Black people across the world to develop a global framework to address systemic racism in every society. To create a space that connects all Black people back to a common lineage, and also uplifts the uniqueness of their historical experiences. A space where Black people from Brazil can celebrate their history of resilience and culture, while also being able to share this experience and work with Black people in Europe to do the same. Diasporic Anti-Racism seeks to scale up anti-racism to a Global perspective to advance racial equity by strengthening the African Diaspora.

It revolves around the African Diaspora creating a common space to share information and knowledge. It requires a bridge of understanding, reconciliation, and a pan-African understanding of what advancement looks like. To bridge the misunderstandings, the similarities amongst experiences will advance the African Diaspora’s ability to create strategies to address systemic racism at the local, state, country, continent, and international levels. This scaling on these various levels of initiatives and focus will create a comprehensive plan to address systemic racism at each level.

This framework of Diasporic Anti-Racism was created from my education, my personal, and professional experiences. It is founded on my studying of sociology and psychology, exploration of history, and research of Critical Race Theory. History has been my greatest teacher as I have developed a critical perspective of how history is told and the impact it has on certain groups of people. The intention of this framework is meant to be action-oriented to support efforts of organizing and activism. Those who are the greatest affected must be at the forefront of the change efforts. This is because they are the ones who have the experience of empathy and emotion to be able to voice how the inequity is a corruption of humanity. Anti-Blackness is so ingrained in every aspect of our society that it forces a false narrative of Blackness. This is the power of Black intellectualism to provide a perspective and argument that serves to dismantle these inequities.